Home
Going Beyond Cards; The Genesis of "Pay via Bank Transfer"
Blog

Going Beyond Cards; The Genesis of "Pay via Bank Transfer" 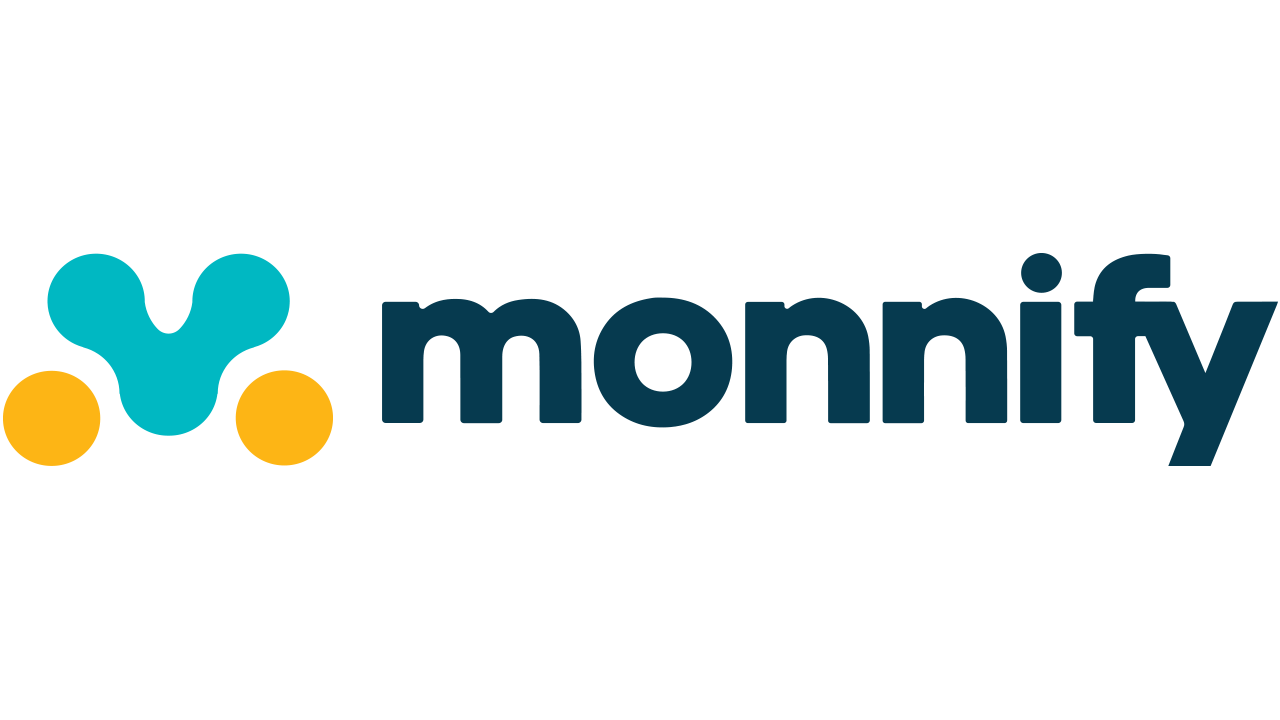 On a Sunday morning in February 2021, an email from our team, the Monnify Team, caused an uproar within the Nigerian payments industry. Our then-partner bank had just temporarily suspended our virtual account service and the email notice triggered a panic. Although the email did mention that the service would be restored within a few days once we switched partners, it was apparent that most companies had already become heavily reliant on the service. As a result, any downtime had serious implications for their businesses.

Quickly, most of these companies scrambled to roll out backup options to keep their operations going. This is interesting because the virtual account service was still relatively new — it had barely been around for a year at the time.

At first, when it launched, collections via virtual accounts were dismissed as an inefficient payment method that would struggle to gain traction. But it quickly went mainstream, stunning the industry. While Monnify successfully restored the virtual accounts service with new bank partners, we’ve seen how many other payment processors have quickly jumped in to offer the same solution.

For curious readers, you might be wondering what changed? Why did a service that was “supposed” to fail, or at least struggle, become a massive success instead? How did everyone become so reliant on the virtual account?

Consider the Effort Paradox, a cognitive psychology model. It states that effort is rewarding in the long run; it takes effort to make something seem, err, effortless. “Effortless” performances are the result of a significant amount of dedication and grit — a key part of TeamApt’s core values. This is relevant because it underpins all of our product innovation. And collection via virtual accounts was one product we saw a need after the opportunity presented itself — it literally walked through the front door — a few years ago.

The backstory, and some history lessons

On a busy weekday, sometime in 2018, at TeamApt’s HQ in Lekki, Lagos, a group of frustrated men walked in. One of them had just struggled with his car insurance provider. He explained that even after he had successfully paid to renew his auto insurance cover, the insurance company was yet to verify his transfer. The insurance coverage is only active from the time of confirmation and not the time he initiated a transfer, and the process of confirming the transfer was purely manual. What a chore!

While this sounded like a typical issue with insurance companies and their processes, right there, we knew there was more to it. We saw a significant opportunity in a common, albeit tiring, problem. All payments via transfers required manual confirmation. Someone had to check to see if the funds had entered the company’s bank account and then confirm that the name of the sender matched the name of the customer. This is why it was never a popular means for online payments at the time.

This insurance incident was a perfect use case for us to grasp the problem and the really massive opportunity hidden within. Soon, more and more use cases emerged. From transfers at offline sales points to transfers at hotel receptions, we found a need across different sectors and payments scenarios. The scales fell from our eyes and we realized how prevalent the bank transfer payment method was because nobody had developed a better alternative.

POS and card payments over an online interface were fantastic, but our studies at the time showed they weren’t the right options for some use cases — in fact, in some instances they were impractical. That’s where Monnify comes in, and we built it to mirror a payment experience every Nigerian has become comfortable with.

Thanks to mobile banking apps, internet banking, and USSD, bank transfers have become a very familiar and simple method of transacting for the average Nigerian. This option is not just popular because they save people time on bank queues, but also transfers are instant.

To appreciate the work that was done and for the sake of readers not familiar with how the standard instant transfer system works for most banks, let me first give you a quick and easy picture of NIBSS instant transfer (NIP).

Think of the WhatsApp messages with the grey and blue ticks when you are chatting. All bank accounts are like several WhatsApp accounts with their unique numbers, and the ticks are just like API calls.

Like WhatsApp, when you type a message and send it, the first grey tick tells you that your message has been sent. If the recipient is online and able to receive the message in their WhatsApp account, the second grey tick comes, indicating message delivery. Still not a blue tick until the recipient has read the message, right?

The same thing happens with your money; with banks, when you trigger a transfer from one account to another, the first call is made to check if the other account is active to receive the incoming funds. The first grey tick is usually credit notification. When the account gets credited with the funds, then the second grey tick shows up. This is called the Transaction Status Query (TSQ). At this point, it’s clear that your message was delivered, and eventually, your recipient will read the message.

Like your WhatsApp messages, the money was undoubtedly sent to the other account by the second call. When the banks do their accounting, the cash value will be settled between both banks. At this point, is when the grey ticks become blue. Well, while NIBSS instant transfer is designed to execute in seconds, we can see the level of calls that need to occur for a transaction to be successful.

With this picture in mind, the ingenuity of the Monnify team can better be appreciated. To keep it simple virtual account numbers are like a series of dedicated WhatsApp numbers to help businesses receive their messages (aka funds). These numbers can be assigned to a particular customer for recurring transactions or designated for a one-time purpose. Either way, Monnify, now having those numbers, can tell when a message is received on any of the ticks, meaning that even before the blue ticks, businesses are notified of payments with the relevant details, eliminating any form of manual confirmation.

Monnify handles the entire backend, by creating the virtual account, verifying funds that come in, and notifying businesses when funds arrive. So nobody has to ever do the grunt work of manually checking who sent what and when. If you give a customer a virtual account number and they make payment, the business can easily track it and handle it better. Virtual accounts are so efficient they’re now used by so many companies in Nigeria today,

Early Tuesday morning, on July 30, 2019, two emails from Bukola and Ope, the personalized email characters from PiggyVest and CowryWise respectively, made many tech headlines and were the top Twitter trends that day. Piggyvest and Cowrywise had just announced the introduction of the PiggyFlex and the Stash accounts respectively, two virtual account products. Wallets Africa had made a similar announcement earlier.

Everything changed from that point. Hundreds of transactions followed, and in less than three hours, about 100,000 virtual accounts were claimed.

At that point, the opportunities became apparent across industries, as more businesses reached out with their different use cases. Lending companies, bill payment providers, betting companies, educational institutions, and many others.

It was evident that the service was fit for diversified uses. During the first month after Monnify’s launch, a special team was set up for one-on-one use-case reviews, revamping the documentation to make it clearer and more accommodating to new scenarios that had not yet been considered.

However, like every truly novel product, there were countless challenges at several points of the development lifecycle. The nature of the transfer infrastructure in Nigeria made some of those challenges tougher.

For one, not all banks use the same architecture, which means that some banks behave differently with traditional transfers and virtual account services. For some banks, your funds will not get debited until it’s been confirmed that the other account is active to receive funds, while others debit you first, and if the receiving account is unable to receive funds, a reversal occurs. The team had to account for all these variations in the design.

Regardless, beyond the technical challenges, adoption by the user is a crucial measure for success. And in retrospect, the user numbers today indicate that virtual account payments are becoming mainstream and now widely adopted even by other players in the payments industry.

On a particular Thursday, one of the top lending companies decided to go active with over 500,000 users all at once. At first, there was the initial fear of the system’s capacity to handle such workload until the team’s lead engineer gave his 100% assurance that nothing could go wrong. Indeed, nothing went wrong.

There was no going back at that point. The team felt ready to take on the world. So even when new challenges and sleepless nights characterized the following weeks and months, the team had built on sturdy grit with a growth mindset.

Over the last two years, Monnify has processed over 45 million transactions with a transaction value of around $3.9 billion.

We continuously seek new channels and logic to help promote the ease of payments for organizations within Nigeria and Africa as a whole. We have developed, and customized new payment models via virtual accounts and other channels to ensure all types of businesses can adopt the solutions and grow their businesses. A multi-bank model has also been implemented to avoid a repeat of the February challenge.

Monnify has been a resounding success, but there is still more to be done. Not settling or complacent, we believe the job is not close to finished as we continue to work in line with TeamApt’s vision to serve the underserved by building bridges to close financial inclusion gaps and truly create financial happiness in the country.

Do you need more information on Monnify and how we can assist your business to grow, please send a mail to [email protected].